What Is an Open-End Mortgage? 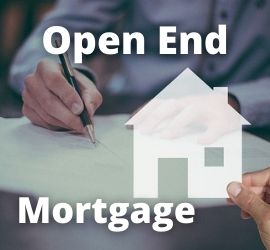 An open-end mortgage allows individuals to borrow additional money on the same loan at a later date without having to take out new financing or credit.  It remains open and it permits the lender to make advances on the loan that are secured by the original mortgage.

In other words, an open-end mortgage allows the borrower to increase the amount of the mortgage principal outstanding at a later time. The borrower can go back to the lender and borrow more money secured by the same loan. There is usually a set dollar limit on the additional amount that can be borrowed.

So, the total indebtedness does not exceed the maximum principal amount identified in the original mortgage document. Nevertheless, it still acts as a lien on the property as described in the mortgage.

How an Open-End Mortgage Works

An open-end mortgage is similar to a delayed draw loan. It also has features that are similar to revolving credit. However, these mortgages are unique in that they are a loan agreement backed up by property as collateral.  Usually, the funds can only be used to invest in that property.

The application process is similar to other loan products.  Also, the terms of the loan are determined by the creditworthiness and credit profile of the borrower. In some cases, borrowers requiring a co-signer may have a higher chance of acceptance.  It just depends if they have a lower risk of default. Open-end mortgages can give a borrower a maximum amount of principal that they can dip into over a period of time. The borrower can use part of the approved loan value to cover the cost of their own home.

If only part of it is taken, the borrower can pay lower interest.  Borrowers are only required to pay interest on the outstanding balance. With an open-end mortgage, the borrower can choose the loan amount to use throughout the time specified in the loan terms. The loan amount can also be tied to the value of the house.  That is good news as homes typically appreciate in value long-term.

An open-end mortgage differs from a time-delayed loan in a key area.  The borrower typically does not have to meet specific milestones to get additional funding. Also, an open-end mortgage differs from a revolving loan in that the funds are usually only available for a specified period of time. The terms of the revolving loan provide that the funds remain open indefinitely.  Of course, with the exception of the default of a borrower. Even with an open-ended mortgage, the available credit can only be used against the secured collateral. Hence, withdrawals must go towards the property that the lender holds title to as security.

For example, assume a borrower obtains a $400,000 open-end mortgage to purchase a home. The loan has a term of 30 years with a fixed interest rate of 4.75%. Although the borrower has been approved for the full $400,000, he does not have to take the full amount upfront.  Instead, he may choose to take only $250,000.  This requires him to make interest payments at the 4.75% rate only on the outstanding balance. However, five years later, the borrower may take another $100,000 which brings the total amount borrowed to $350,000. The $100,000 is added to the outstanding principal and he begins paying 4.75% interest on the total outstanding balance.

The maximum amount available per the terms of the original mortgage agreement is $400,000.  So, the borrower has an additional $50,000 available in the future. Of course, this is only if he decides to exercise the full amount he was approved to borrow in the initial agreement.  If he borrows the entire amount using an open-end mortgage and then pays that amount back, he can do it again and borrow more money. A borrower can do this as long as the borrowing period is still open and the total amount borrowed doesn’t exceed the value for which they were originally approved.

The application process is one of the few areas where an open-end mortgage and a standard mortgage are similar. Homeowners interested in applying for an open-end loan should expect to prove a number of qualifying factors.  These are common things like income, assets, employment, and credit score. Your lender will also want to know the outstanding amount of your current mortgage.

However, not every lender has the same eligibility requirements. For example, you may know ahead of time what it takes to qualify for an FHA or conventional mortgage.  That’s because those loans are more common with well-established criteria for borrowers.  However, open-end loans are less common so you are likely to face more unknowns when applying for one.

Up Next: What is Base Rate Neglect? 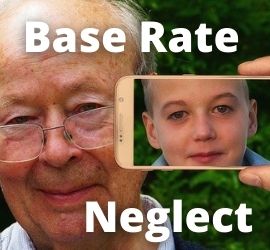 Base rate neglect refers to a tendency to rely more on specific information than actual probability and statistics when making judgments.

Base rate neglect is an error in reasoning.  Too little weight is placed on the base rate possibility or actual probability of an event occurring. In behavioral finance, base rate fallacy is when investors erroneously judge the likelihood of a situation by not taking into account all relevant data. Instead, investors might focus more heavily on new “inside” information without acknowledging how this impacts original assumptions.  Many instances exist in which emotion and psychology heavily influence investor decisions.  As a result, it causes people to behave in unpredictable ways.

In other words, it causes individuals to ignore actual probabilities and statistical information in favor of using irrelevant information.  Often,  incorrectly believing it to be relevant to make a judgment that ignores the initial probability entirely.  This usually stems from the irrational belief that statistics and probability don’t apply for one reason or another when, in fact, they do. 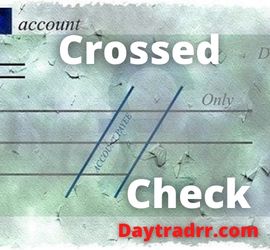 What Is a Crossed Check? A crossed check with two parallel lines across it or in the upper left corner can not […] 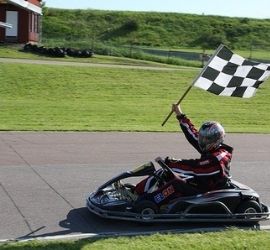 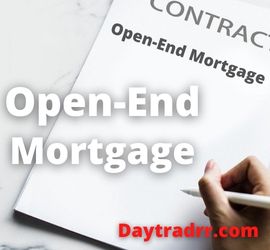 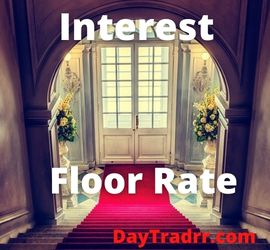 What Is an Interest Floor Rate? An interest floor rate for interest-bearing securities is an agreement between the issuer and the investor […]