What is the Difference Between GOOG vs GOOGL Stocks? 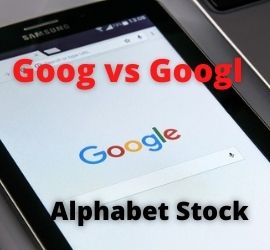 GOOG vs GOOGL – Both are stock ticker symbols for Alphabet (formerly Google). GOOG shares do not have voting rights while GOOGL shares do.

This share structure was created in order to allow for voting rights and capital rights to be split from each other.  The GOOG Class C-shares have no voting rights while GOOGL Class A-shares do. The company created two classes of shares in April 2014.

The reason for the split between the two classes of shares was to preserve the control of founders Larry Page and Sergey Brin. When companies go public, founders often lose control of their company when too many shares are issued.  Steve Jobs lost control of Apple before eventually being hired back. There are also class-B shares that have 10x votes per share.  These are held by founders and insiders and do not trade publicly.

Summary of the Class Structures:

GOOG vs GOOGL – A Closer Look

Alphabet Inc is on a mission to organize the world’s information.  Additionally, it remains strongly committed to its founders’ vision. However, company focus can be compromised when they go public.  Vision is often forced to take a back seat to shareholders’ interests. Markets, as well as investors, can be very nearsighted in their search for immediate results.  Often, this is at the expense of long-term results. Alphabet’s stock split is one method that enables Brin and Page to take advantage of public-market liquidity.  Nevertheless, they still retain majority voting rights and have not lost control of the company.

GOOGL shares are categorized as Class-A shares, also known as common shares. They give investors an ownership stake and, typically, voting rights. They are the most common type of shares.

GOOG shares are the company’s Class-C shares. They give stockholders an ownership stake in the company, just like class-A shares.  However, unlike common shares, they do not confer voting rights to shareholders. As a result, these shares tend to trade at a discount to Class-A shares. These Class-C shares should not be confused with the type of C-shares issued by some mutual funds.

Alphabet’s Class B-shares are owned by the founders

GOOG vs GOOGL – Why the Difference

Prior to 2014, Google Inc had just two classes of shares: Class A and Class B. Class A shares were publicly traded and were worth one vote each. Meanwhile, Class B shares were held exclusively by Google founders Sergey Brin and Larry Page, Google chairman Eric Schmidt, and other unnamed directors. These shares were worth 10 votes each. In the event their owners were to trade them publicly, they would be converted into Class A shares.

Even with these terms, Google’s leaders still risked the dilution of control. If enough Class A holders banded together, they could outvote the founders in the board room.  As a result, they might meet the same fate as Steve Jobs, who was dismissed from his own company. Jobs was eventually hired back, but no one else in a similar situation wants to take that chance anymore.  Alphabet’s solution was to create Class-C, GOOG shares. They don’t grant the holders voting power, but they still offer a stake within the company. If the value between the Class C shares and the shares owned by the founders differs by 1% or more, Google will compensate the Class C shareholders.

Historically, activist investors group together and accumulate shares.  With a majority, they can influence companies into enacting shareholder-friendly initiatives.  Their goal is to simply boost stock prices.  For example, through cost-cutting, share buybacks, and special dividends. This process can become hostile.  Activists can initiate public battles to win board seats and wrest control of the company from its owners. These short-term-driven decisions might prove detrimental to Alphabet’s mission.  Creating the non-voting Class C shares preempts this possibility for founders Page and Brin. It makes it financially unfeasible for activists to collect a meaningful enough chunk of voting shares to exercise that power. This strategy acts as a poison pill.  It makes Alphabet unattractive as a takeover target – particularly as Alphabet’s stock price growth has slowed and growth in its core business declines.

When Alphabet was growing by leaps and bounds, it could do no wrong. As its internet search business exploded, the company had a monopoly claiming more than 90% of the market. Many investors thought of Alphabet as an internet ETF and considered it an integral part of stock market exposure. However, as the internet has migrated to mobile devices, Alphabet has been less successful in transitioning. Additionally, Alphabet was unsuccessful in taking advantage of the social media wave, losing out to Facebook and Twitter. The company also came under fire from critics and stockholders for its lavish employee perks, heavy spending, and lack of profitable areas beyond search. (Source: investopedia.com)

GOOG vs GOOGL – Neither Pays Dividends

GOOG and GOOGL don’t pay dividends. Alphabet probably won’t initiate a dividend payment because it’s still a growth stock. In the third quarter of 2020, Alphabet’s sales rose by 14 percent year-over-year.  Net income increased by 59 percent year-over-year. Growth stocks don’t usually pay dividends. If Alphabet initiated dividend payments, it might suggest that its growth is plateauing.  However, if Alphabet ever distributes a dividend, GOOGL and GOOG would both pay out an equal amount.

GOOG vs Googl – Why is GOOG more expensive?

Initially, GOOGL, which has voting rights, was a little more expensive than GOOG, which has no voting rights.  And, this makes sense. While investors did not value the voting rights too much, they still added a premium of a couple of percentage points. However, at the moment, GOOG is trading at a premium, even though GOOG does not have any voting rights. GOOG is now slightly more expensive than GOOGL, despite the fact that both types of shares are entitled to the same share of the company’s earnings.  GOOG shares actually were cheaper than GOOGL shares for most of the time, and this has only changed recently.

In April, Alphabet announced a new $50 billion buyback program for its C shares, i.e. GOOG, whereas there will be no buybacks for GOOGL. This buyback activity has distorted the supply-demand picture, at least to some degree, and explains why GOOG shares are currently slightly more expensive than GOOGL shares. It seems very possible that the current premium of GOOG over GOOGL fades away over time, as the initial buyback frenzy cools down. Since investors did, in the past, value GOOGL a little more due to its voting rights, it would not be too much of a surprise if that eventually occurs again, But the fact that GOOGL trades at a small discount to GOOG, which makes its shares cheaper relative to the earnings and cash flows you are entitled to, is a major argument for choosing GOOGL over GOOG. (Source: seekingalpha.com)

GOOG vs GOOGL – Which Should You Buy?

If you agree that Alphabet is a solid pick, and if you find the current valuation sufficiently attractive, then you still have to decide which of the two types of stocks to put your money in.

If you are only considering the stock price appreciation or a potential dividend payout, it doesn’t matter which stock you purchase. Both GOOGL and GOOG stocks are expected to continue generating similar returns over a longer period of time.

Next: What Is IRS Form 2106 – Employee Business Expenses? 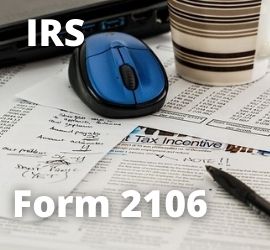 IRS Form 2106 is the Employee Business Expenses supplemental tax form distributed by the Internal Revenue Service (IRS).  It is used by employees to deduct what the IRS calls ordinary and necessary expenses related to their jobs. Ordinary expenses are generally considered common and accepted in a particular line of business.  Necessary expenses are those that are required to conduct business.

Starting in the tax year 2018, unreimbursed employee business expenses can no longer be claimed as a tax deduction for the majority of taxpayers. Currently, the only people who can use Form 2106 are Armed Forces reservists, qualified performing artists, fee-based state and local government officials, and employees with impairment-related work expenses. Before 2018, employees with unreimbursed work expenses could use Form 2106 to claim those expenses.  They were listed as miscellaneous itemized deductions. 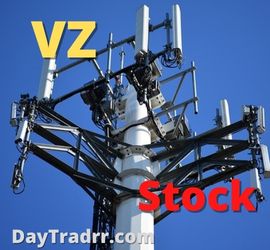 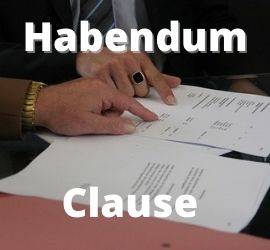 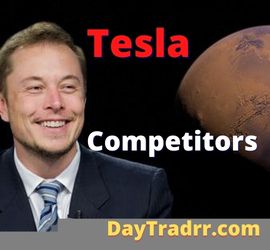 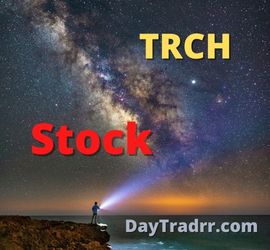