What Is the Marginal Cost of Production? 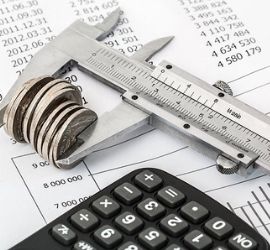 The marginal cost of production is an economics and managerial accounting concept.  It is used among manufacturers as a means to identify an optimum production level. Manufacturers often examine the cost of adding one more unit to their production schedules. At a certain level of production, the benefit of producing one additional unit and generating revenue from that item will bring the overall cost of producing the product line down. The key to optimizing manufacturing costs is to find that point or level as quickly as possible.

The Marginal Cost Formula is:

Goodstone Tires consistently manufactures 100,000 units of truck tires each year.  The company incurs production costs of $10 million. The cost of production averages $100/unit ($10,000,000 / 100,000).  However, one year finds the market demand for tires significantly higher.  This requires the additional production of units.  As a result, management purchases more raw materials and spare parts.  Additionally, the company hires more manpower. This demand results in overall production costs of $12.5 million to produce 150,000 units in that year. As a financial analyst, you determine that the marginal cost for each additional unit produced is $50 ($2,500,000 / 50,000).

Example of Marginal Cost of Production

However, let’s say the hatmaker increases production volume and produces 1,000 hats per month.  Then, each hat would incur $1 dollar of fixed costs ($1,000 total fixed costs / 1,000 hats).  This is because fixed costs are spread out over an increased number of units of output. The total cost per hat then drops to $1.75 ($1 fixed cost per unit + $.75 variable costs). In this situation, increasing production volume causes marginal costs to go down. If the hat factory is unable to handle any more units of production on the current machinery, the cost of adding an additional machine needs to be included in the marginal cost of production. Let’s assume the machinery can only handle 1,499 units. The 1,500th unit would require purchasing an additional $500 machine. In this case, the cost of the new machine also needs to be considered in the marginal cost of production calculation.

How Important is Marginal Cost?

It is important for management to evaluate the price of each good or service being offered to consumers.  Determining marginal cost is one additional factor to consider. If the selling price for a product is greater than the marginal cost, then earnings will still be greater than the added cost.  This is a valid reason to continue production. If, however, the price tag is less than the marginal cost, losses will be incurred and therefore additional production should not be pursued.  Or, perhaps prices should be increased. This is an important piece of analysis to consider for business operations.

Businesses may experience lower costs of producing more goods if they have what is known as economies of scale.  For a business with economies of scale, producing each additional unit becomes cheaper and the company is incentivized to reach the point where marginal revenue equals marginal cost. An example would be a production factory that has a lot of space capacity and becomes more efficient as more volume is produced. In addition, the business is able to negotiate lower material costs with suppliers at higher volumes, which makes variable costs lower over time.

For some businesses, per unit costs actually rise as more goods or services are produced. These companies are said to have diseconomies of scale. Imagine a company that has reached its maximum limit of production volume. If it wants to produce more units, the marginal cost would be very high as major investments would be required to expand the factory’s capacity or lease space from another factory at a high cost.

Alternatively, the business may be suffering from a lack of cash.  They need to sell their products quickly in order to get some cash on hand. It may be to pay for upcoming debt payment, or, it might just be suffering from illiquidity. At the same time, it might operate a marginal cost pricing strategy to reduce stock.  This practice is particularly common in the fashion industry. Often, supermarkets employ such a strategy. This might be in order to get rid of stock that is going out of date.  Or, to attract customers to purchase cheap goods. The idea is that they would also purchase other products while shopping that offer the firm higher profits.