What is an Efficiency Ratio? 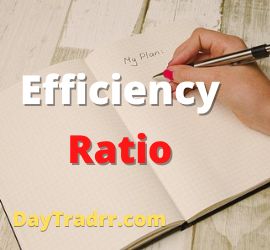 Financial ratios and metrics are used to provide insight into a company’s management and financial health. For example, there are ratios to calculate receivables turnover, liability payback, equity amount and usage, and general inventory and machinery use. These metrics can also be used to measure and analyze commercial and investment bank performance. Ultimately, efficiency ratios are useful for a company’s management in evaluating business operations. Furthermore, investors and lenders employ ratios to do financial analysis on organizations.  It helps them to determine whether they are good investments or creditworthy borrowers.

These ratios can be used to evaluate businesses in the same industry.  Moreover, they can help identify those that are better managed than others. Popular examples include accounts receivable turnover, fixed asset turnover, sales to inventory, sales to net working capital, accounts payable to sales, and stock turnover ratio.

This is a profitability ratio that calculates how much revenue can be generated by one dollar of assets. However, the assets of a corporation will differ depending on the type of its operation. For example, property managers rely on fixed assets such as real estate to produce revenue.  On the other hand, publishers may rely more on intellectual property assets. Therefore, a high asset turnover ratio implies that the company is efficient at generating sales from its assets.  Conversely, a low ratio indicates the opposite.

This ratio compares net credit sales to the average amount in a company’s accounts receivable department. Net credit sales are sales made with the expectation of later collection.  The ratio assesses the efficiency with which income is collected.  In turn, it has an impact on overall cash flow and the smoothness of operations. A high ratio suggests that revenue is being collected efficiently, whilst a low ratio indicates the reverse. A corporation with a greater accounts receivable turnover ratio than its peers is typically considered positive. A  higher result shows that the company is more efficient in collecting accounts receivable than its competitors.

A high turnover rate can be influenced by exclusively dealing with high-quality consumers.  Or, by restricting the amount of credit issued and engaging in aggressive collection actions. In contrast, a corporation may deliberately choose to have low receivables turnover.  This can be the result of deliberately selling to lower-quality clients to whom competitors will not sell.  But, by commanding a higher price than they would otherwise expect.

AP is the total amount of money owed to suppliers for materials or services used to run a firm. The accounts payable ratio compares net credit purchases to the average accounts payable amount. Net credit purchases are purchases made with the intention of paying others later.  This is essentially a measure of a company’s short-term liquidity. A higher efficiency ratio indicates that the company pays off its debtors on a regular basis.  In turn, it should have a manageable working capital gap. A lower efficiency ratio indicates that the company may be struggling to repay creditors.  This is a red flag as the company may be jeopardized by rising interest rates.

This ratio simply counts the number of times a company sells its total inventory throughout an accounting period. It compares the cost of products sold to the average value of inventories over the course of an accounting period. The inventory turnover ratio assesses a company’s ability to handle its inventory efficiently.  The result also offers information about its sales. Analysts use the ratio to analyze whether or not there are enough sales to turn or utilize the inventory. The ratio also indicates how successfully inventory is managed, including if too much or too little inventory is purchased.  A high turnover rate can be influenced by limiting inventory levels.  Also, by employing a just-in-time production system and using common parts for all goods made.

Companies frequently aspire for a low DSI ratio since it means they can sell their items quickly. Days sales in inventory (DSI) is also known as the average age of inventory ratio.  The ratio is a measure used to predict how long a company’s existing inventory will last.  However, a DSI ratio that is excessively low can signal supply chain issues and an inability to fulfill orders.

An efficiency ratio has a special meaning in the banking industry. Non-interest expenses divided by revenue is the efficiency ratio for banks. This demonstrates how well the bank’s executives manage their overhead or back-office expenses. This is a common metric used by analysts to evaluate the performance of commercial and investment banks. Financial institutions like banks and credit unions measure their profitability and liquidity by comparing operating expenses to their net revenues. In this context, the lower the ratio, the more efficient the bank or financial institution is at generating revenue. The bank efficiency formula is as follows:

Example – Efficiency Ratio for a Banks

For example, BankWithUs Inc. recently reported quarterly earnings and had an efficiency ratio of 54.7%.  This metric was lower than the 59.8% ratio reported for the same quarter last year. This means the company’s operations became more efficient.

Banks are making gains but not at the pace of the increasingly digital industry. Nearly 80% of survey respondents perceive that they have been extremely or very successful in improving efficiency/productivity at their banks in the past year, but only 34% have a bank efficiency ratio at or below 50%. In fact, from 2015 to 2018, less than 20% of mid-market banks have shown a 5-point improvement in efficiency ratio. Less than 10% have made 10-point improvements.  Technology isn’t being leveraged to its full extent. Not only are banks not making notable gains in reducing efficiency ratio, but they’re also indicating lackluster results with new technology. Ninety-one percent of respondents report high technology acceptance but only 43% indicated they are seeing results. (Source: westmonroe.com)

Up Next: What Is a Phantom Stock Plan? 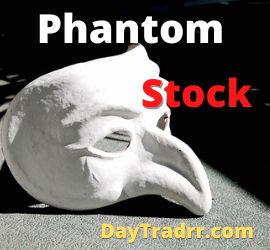 A Phantom Stock Plan is a form of employee compensation where the benefits of stock ownership are awarded without actual shares being given.

A phantom or shadow stock plan provides many of the benefits of stock ownership to selected personnel without actually granting them any company shares. Instead of genuine stock, the employee receives simulated stock. Typically, these schemes are awarded to key employees and senior management.  Despite the fact that it is not real, the phantom stock tracks the price movement of the company’s actual shares, even paying out any profits that arise. The shares have monetary value, much like a genuine stock.  Also, their value fluctuates with the company’s actual stock, or what the company is valued at if it is not publicly listed. Employees are paid out profits at the conclusion of a set period of time. 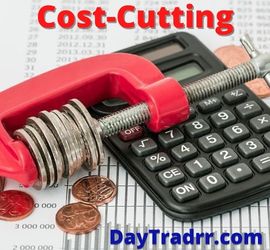 What Is Cost-cutting? Cost-cutting occurs when an organization strategically reduces expenditures and directly implements measures to improve profitability. Measures implemented by a […] 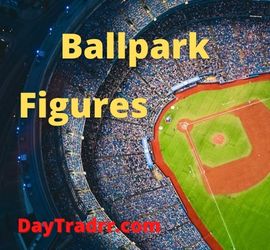 Ballpark Figures – What Is a Ballpark Estimate? Ballpark figures are used to describe a rough numerical estimation or approximation of the […] 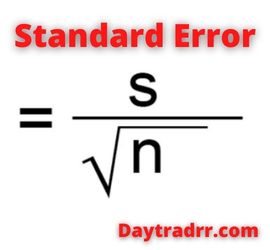 What is the Standard Error Formula Used For? The standard error formula measures the deviation of a sample mean from a true […] 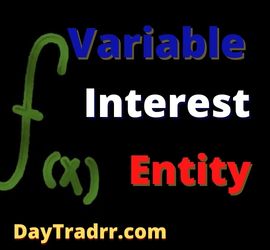